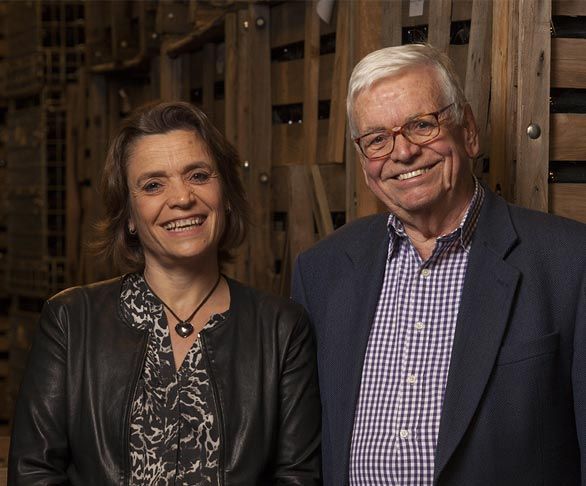 The history of the Antech has been written over the centuries as an adventure of mankind, a testament to the passion of the men and women who have created it. It all began more than six generations ago at Saint-Hilaire, where the Tisseyre-Limouzy families began to cultivate their family vineyard, which soon flourished. In the beginning of the 20th century, Eugénie Limouzy became one of the first women in Languedoc to manage a vineyard, and to strive towards a qualitative method of cultivation. In 1931, Eugénie’s niece Marguerite married fellow vintner Edmond Antech, a brilliant and upright man of exacting method who took the Estate’s destiny in hand and made it widely and commercially known. His sons Georges and Roger succeeded him and kept the same philosophy of preserving history and melding tradition and modernity to craft exceptional wines. Together, they created new storehouses, and modernized the company. Georges devoted his professional life to developing the image and sales, while Roger enthusiastically took on the technical aspects of running the vineyard. This admirable group of figures have lent a grandeur and renown to the enterprise, and imbued a true spirit to the family.