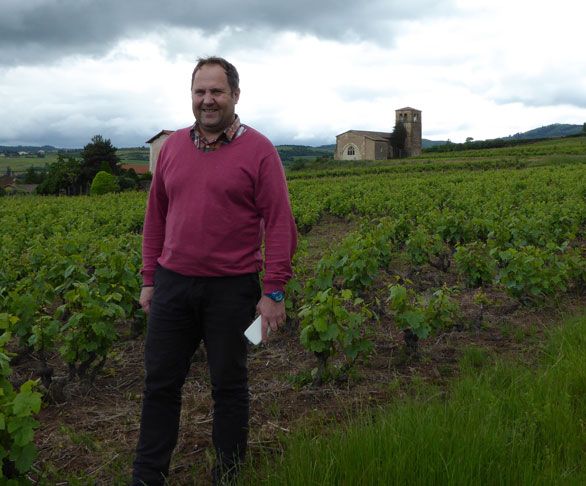 Located in Denicé, south of Burgundy and in the heart of the Beaujolais area, the Sambardier family have operated their winery since 1850.

Shaped by the family for generations, the property now covers more than 34 hectares of vineyards and allows the production of appellation designated, AOC and Grand Cru wines including Beaujolais Villages, Brouilly, Julienas and Moulin à Vent.

From the first centuries, vines have been present on the hills surrounding the estate. Beaujolais gains its name from the powerful house of Beaujeu which, between the ninth and fourteenth centuries, demarcated the territory between the Mâconnais and the Lyonnais, (north of Lyon and south of Macon, Burgundy). After the fall of the empire, monks remained as the main stewards of maintaining and developing the wine culture in the region.

With large farms, they managed to observe the impact of soils of the vineyards on the wines produced there. They begun to delineate various plots by paths and walls giving them status as “clos” and initiating a real qualitative hierarchy with supreme dedication as the name “Grands Crus”. This segmentation is still the basis of the AOC system.