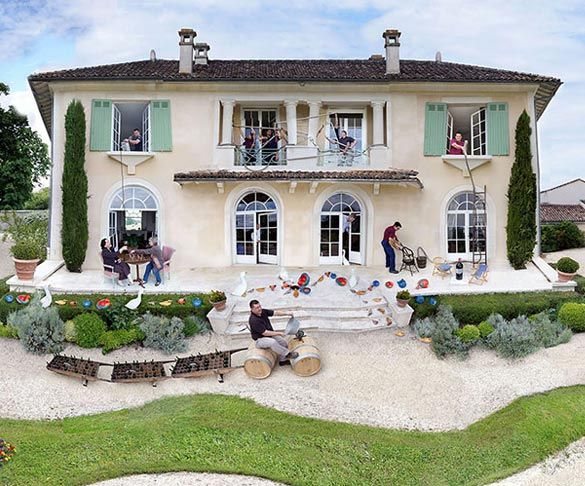 Fourcas Dupré was started in 1843 by Jean Baptiste Dupré, attorney of the Court of Bordeaux, upon the site of an old vineyard originally established in the middle ages crossed by the ancient Roman road known as “la levade”. In the early 20th century it was a “Premier Cru of Listrac”. In 2006, a new classification system was made official forcing all wineries in the area into the “simple” Cru Bourgeois. This resulted in the best Crus Bourgeois wineries leaving the classification in favor of the Union des Grands Crus which currently includes 85% of the classified growths.

The estate vineyard has one of the highest concentrates of gravel from the Pyrenees, (80%). You find these soil compositions in Moulis, Margaux, and Pessac Léognan. The vineyard is planted to Cabernet Sauvignon (44%), Merlot (44%), Cabernet Franc (10%) and Petit Verdot (2%). The average age of the vines is over 30 years and the density of the planting is 8300 per hectare. The wine making is done by the chateau owners, the Pagés brothers, with consulting from Eric Boissenot, whose other clients include Lafitte, Mouton, Haut Brion and Latour.